When the Voice of God Calls

Many years ago, I was standing on my front porch, unlocking the door upon arriving home after a fun night out with close, God-loving friends. I turned to wave as the car left the driveway, and I heard it – a voice that I would come to know, respect, and love in the years to come. It came out of nowhere, and, although it was not audible, even my newly-awakened Christian heart recognized it as the voice of God.

That was it. Simple. Calm. Direct. Firm.

I knew it was the voice of my Heavenly Father. He spoke like a father should. There was no hint of anger, and I wasn’t afraid, but I knew he meant business. I also knew exactly what he was telling me to end. I didn’t like it. I shook my head in disbelief and walked into my home. I knew right there and then that I had taken my first step into rebellion.

You may be thinking, “Rebellion seems like a strong word…,” and I would agree, and God speaks very sternly regarding rebellion in his word, so it’s not a word that I like to throw around flippantly. A simple definition for rebellion, however, is this:  the action or process of resisting authority, control, or convention. (Google)

God was exercising his authority over my life as his child, and I was willfully resisting his directive.

A Question that Ends All Questions

In Luke 6, we see Jesus establishing a clear path to avoid wayward “building”. He gives the parable of two builders – one that digs deep and lays a solid foundation on the rock and one that does not. Clearly, as the flood waters came, the house without a firm foundation fell, and Jesus warns us that “the ruin of that house was great.”

I did not listen to his voice that night, and, guess what… the ruin of that house was great. Had I listened to the Lord that night, I would have been spared a great deal of pain in my life at the time.

What captures my attention from that chapter more than even the parable is the pointed question:

Why do you call me ‘Lord, Lord,’and do not do what I say?

It is a question that so clearly answers as well as ends any question I could have in return. Any doubt I face when I hear his voice can be instantly silenced by that single thought. Why do I call him Lord and not do what he says?

Rebellion Has Many Faces

I believe that being rebellious, or disobedient, isn’t always an intentional effort.  I would assume that most believers want nothing more than to please the Lord and be in the center of his perfect will for their life. But, for a variety of seemingly simple reasons — fear, comfort, disbelief, uncertainty, distrust, just to name a few -—rebellion can be a path easily taken by even those with even the deepest affection for Christ.

My disobedience, those many years ago, was a bi-product of a few things. Fear was a big one. I didn’t like the unknown. I still don’t. I didn’t want to trust him that letting go of something I cared about was in my best interest. I was also comfortable. I was comfortable in my season of life, the people that were a part of my daily life, and I clung to the familiarity of it all. To purposely close a door that I so badly wanted to remain open was just something I didn’t want to consider, so I didn’t, and I paid for it with eventual heartache and rejection that rippled across a decade.

Our Father in heaven wants our best. He states in Romans that his plans for us are good, and we are reminded in Hebrews that he disciplines those he loves. So, if I call him Lord, I must also trust him to be Lord and listen to what he is speaking to me.

It wasn’t long ago that I had the chance to hear that voice once again. As a busy mom of four little ones, I often have to wait until well after midnight most nights to tackle my personal responsibilities —chores, work, even showering.

It was one of those late nights, and I was grabbing a quick shower before bed. As I stood there thinking about my day, he spoke to me as clearly as if my husband himself had said the words from within the room.

And just like before, my spirit, being in tune with his, knew exactly what he was talking about with that heavy word.

You see, before I was a stay-at-home mother of four, I was an elementary school teacher, and before that, I was a full-time college student carrying multiple jobs. I wasn’t a traditional student, because I attended a bible college right after graduating high school.  Once I acquired an Associates there, I went on to earn my teaching degree, first at Pitt and then finishing at Cal U. I would work “real” jobs all day and take classes at night. I was employed at an insurance agency, handling private health insurance applications… I was an administrative assistant in a busy doctor’s office. On the nights I didn’t have class, I waitressed at a local restaurant.  I worked the front desk at a local business on Saturday mornings, starting at 7 AM, babysat on Saturday nights, and cleaned a doctor’s office and hair salon on Sundays. I got married the same month that I graduated college and was expecting our first child less than a year later. I continued babysitting into my eighth month of pregnancy and continued teaching until I had our second daughter just 19 months later.

I tell you this to say:  I.Never.Stopped. I took great pride in my hard work. I was always operating on a schedule, hitting deadlines, doing responsible things that affected people outside of myself for as long as I could remember in my adult life. I’m sure many of you understand the stresses and pressures that come with hard work, careers, and parenting.

When I decided to become a stay-at-home mom, all of that stopped for me. I saw it as the perfect fit for my Type B personality. I was done with early mornings, and traffic jams, and lunch breaks, and deadlines, and paperwork, and rushing home to make dinner before starting it all again. And on Day One of living with that mentality, I had taken my first step into rebellion. I knew it, and God was calling attention to it after giving me five years of patience and grace.

He has a better way for me and for my family. Even though I am able to stay home with our children, I need structure. My Type B self actually needs it. I had been bucking the notion for too long, and we have all paid dearly for it. What I had been trying to convince myself was freedom, was actually a heavy burden that I had created for myself. Sometimes freedom looks like self-discipline and boundaries. If I had just hunkered down years ago and treated running my household a little more like running an office or a classroom, I can almost guarantee we would be in a happier, healthier place today. Not saying it would’ve fixed everything, and not saying that all homemakers should feel this way, but I knew this about myself and ignored it.

Thanks to my previous experience with ignoring the voice of the Lord, I know that I don’t want to see the same result. The house fell and it’s ruin was great. Not this time, Lord. This time, I will listen. You are my Lord, and I will do as you say.

Listen to His Leading

Maybe my words are resonating with you today. Maybe you are a mom, like me, trying to do the parenting thing with structure-less spontaneity. Maybe, like me, it’s backfiring on you and you’re ready for a change…

Maybe you were driving along and heard him say, “Trust me,” and next week, you’ll be offered a new job. Perhaps you’ll remember his request, but fear and doubt will try to cloud your thinking. Push it back, and do what he said…

Maybe you haven’t spoken to someone in years. They hurt you. They were in the wrong, but God whispers, “Call her.” You know who he means. Do it. Believe that he’s asking you to step out in faith for good reason.

Maybe you have big dreams tucked in your back pocket – the kind that scare you to hope for, because they seem so out-of-reach, and he says, “Go for it.”

Listen to his leading.

Speak, Lord. Your servant is listening. With willing hearts, we are listening… 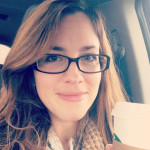