As I was on a walk this week, I felt a small but powerful reminder from the Lord: Today’s culture does not determine how I am supposed to live. Honestly, this statement began to feel less like a reminder, and more like an invitation in this season to build holiness in my life. The word “holy” in the Bible means to be set apart, not conforming to the culture that the world deems as acceptable, but rather choosing a lifestyle of conformity to the King of all kings.

In 2 Chronicles 17:3-6, we read about the new king of Judah, Jehoshaphat, and how he set his heart towards pursuing holiness. “The Lord was with Jehoshaphat because he followed the ways of his father, David before him. He did not consult the Baals, but sought the God of his father and followed his commands rather than the practices of Israel. The Lord established the kingdom under his control…His heart was devoted to the ways of the Lord, and he removed the Asherah poles (symbols of false gods) from Judah.”

When Jehoshaphat took the throne, he remembered how his father lived, actively following the heart of God. As a result, he chose to walk in the ways of God, forsaking the practices that were very common & socially acceptable during this time in Judah. In fact, since he set his heart to seek God, the Lord established his kingdom, and he was actually able to tear down the false idols in his kingdom (literally!)

Our pursuit of God is active and twofold: We build the Kingdom of God, and we strike down the false idols of our day (and with it, false promises of what will actually fulfill our lives). As we set ourselves apart for the Lord in this rare season in history, we not only get to gain God Himself, but the very act of pursuing holiness dismantles the false idols of today’s culture that would try to take first place in our lives!

Right now in America, there are plenty of things that we can hold as “first place” in our hearts without even realizing it. I believe that during this time of cleared schedules and minimal distractions, what truly matters most to us will be revealed. I encourage you to take inventory of your heart in this season, and make space to invite the Lord in a little bit more. Be filled with peace, because no matter what is going on in the world, the Kingdom of God will always lead to HOPE and will NEVER be shaken!

If you are in 6th-12th grade, make sure you join us TONIGHT at 7pm on our weekly Zoom call where we will be talking more about what it means to set yourself apart for God in this season! 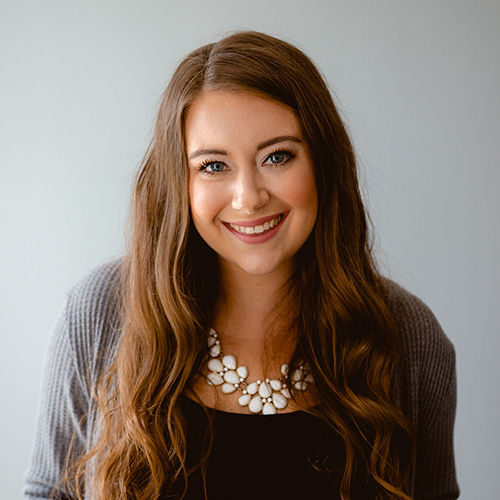 Nikki came to love the Lord when she was in high school, where the Lord first stirred her heart for ministry. She went to Geneva College and graduated with a bachelor’s degree in student ministry.
She currently serves as Youth Pastor to Awaken Student Ministries and as Administrator to Life Church School of Supernatural Ministry. Her heart is to see teenagers encounter the love of God so they may be lovers of Him and be transformed to step into a unique and purposeful calling that the Lord has prepared for them.