The chorus from a Justin Bieber song erupted from the back of the van like a fire hydrant and I started laughing in wonder. I turned around from the front seat to witness what can only be described as chaotic joy: smiling faces and dance moves, and the sweetness of life being enjoyed together by a dozen or so refugee children. My friend Kara, who was driving, yelled above the noise, “They LOVE Justin Bieber!” Imagine that, Justin Bieber being an international sensation all over again. Though this time, he earned his title in a 15 passenger van traveling through the hills of Pittsburgh.

Just hours before, I had jumped in that van for the very first time. As we charted our course with an end-goal of an apartment complex housing thousands, I anticipated being greeted by the dozen tiny faces that had become friends to me only the week before. My eyes widened as children darted in and out of the apartment buildings, gathering their friends, swinging wide the van door and bounding inside.  The tangible excitement, kind eyes, and immediate chatter spoke of their love for our Saturdays together.  Their little eyes locked on me spoke of their eagerness to connect with the newest leader on the block.

This is Her Reality

One little girl, whom I had bonded with the previous week over a rousing hula-hooping challenge (let me tell you, it’s not quite like riding a bike), looked at me with bright eyes.

“My dad left for Africa this morning! I get to see him again in July!”

My heart was gripped by her news and yet-unwavering light in her eyes. In an effort to stoke her positive outlook, I mustered, “Well, that’s wonderful that you get to see him in July!” also realizing that my response betrayed my aching heart.

Her father won’t be home for over two months. This is her reality.

This is His Reality

Minutes passed, and we continued on our journey. I noticed that the children behind me began to educate each other on the finer points of childhood. I turned around just in time to hear which finger was culturally appropriate to use as a gesture in every day conversation. Classic.

Just then, a voice broke above the crowds, “My dad was a Lost Boy! Do you know what that is?”

I didn’t. So I pulled out my phone and Googled it. “The Lost Boys of Sudan is the name given to the groups of over 20,000 boys…who were displaced and/or orphaned during the Second Sudanese Civil War; about 2.5 million were killed and millions were displaced.”

His father identifies with a group that experts cite as the “most badly war-traumatized children ever examined.” This is his reality.

Hidden in the Hills of Pittsburgh

Over the past month, I have been introduced to stories like these — of brave ones who have faced the reality of war, famine, and genocide and now find their refuge in Pittsburgh. What easily seemed like a distant problem and instance for political debate, has quickly become the faces of ones that I love, filled with life and light.

And though the realities that they and their families have faced appear dismal, on Saturday mornings, in the hills of Pittsburgh, the door has been opened for these ones to experience the greater reality of the transforming power of the gospel.

Each week, YWAM Pittsburgh hosts Kidz Club, an evangelical outreach program for over 50 refugee children from the Pittsburgh area. During their time at Kidz Club, children participate in activities akin to vacation Bible school: Bible lessons, worship, games, crafts, and lunch.  Although most of the children’s families come from a variety of religious backgrounds (Muslim, Hindu, etc.), parents are eager for their children to gain extra exposure to the English language and willingly send them to the program each week. Through Kidz Club, the Lord has used YWAM to open the door of the gospel into countless refugee homes in the Pittsburgh region.

As I reflect on my time with the refugees, the words of Isaiah ring in my heart,

“Surely you will summon nations you know not, and nations you do not know will come running to you, because of the LORD your God, the Holy One of Israel, for he has endowed you with splendor.”

Friends, the Lord has hidden the nations in the hills of Pittsburgh.

We must recognize the season in which we live.

Whether internationals that arrived by political conflict, neighbors who have experienced families dissolving, or friends bound by addiction, the Lord has drawn to our region people whose lives have been ravaged by the effects of sin.

It’s in this recognition that we must also realize that we are in a season of acceleration. The Lord is quickly opening doors of influence for us to speak the reality of the gospel into the lives of those who have borne the burdens of sin for far too long.

“There is a greater truth.”

As my friend, Jamie Donne, said at a recent Burn gathering, “The gospel invites you into a better story.”

We carry within us this message. The Lord has gifted us with the mission of co-laboring with him to help restore the broken lives of the people to which we are connected. Will you take your place on the wall and help the ones around you to hear the better story that the Lord carries for their lives? 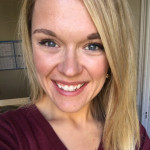